Special investigators have been called in to look at propane heaters, which investigators believe were being used when 12 homes under construction in Kanata burned to the ground early yesterday.

Firefighters were called to the blaze, at Campeau Drive and Bellrock Drive, about 12:20 a.m.

The flames could be seen from the nearby Queensway. Several residents of Kanata’s Beaverbrook community, who were out walking their dogs in the early morning, gathered to watch as the blaze ran its course.

By the time it was over, said Chief Port, the homes had “burned to the ground.”

“We don’t believe it was suspicious,” said fire prevention officer Rob Lillico. “But we still have to do a thorough investigation before we can say for sure.”

Investigators said workers had left Salamander-type propane heaters to cure a freshly poured concrete floor in the basement of a house. “It’s a common practice in construction,” said Mr. Lillico.

But other workers in the industry on the job site yesterday said the heaters should not have been left on overnight.

The 12 loft-style townhomes were built by Richcraft. Richcraft president Kris Singhel could not be reached for comment.

Firefighters say the units had doors, windows and roofs, but were otherwise unfinished.

“The houses were not at a very advanced state,” said Mr. Lillico.

They said investigators from the Technical Standards Safety Association were being called to look at the presence of the Salamander-style heaters in the basements of the homes.

“It’s too early to tell. We’re only a quarter through our investigation.”

With over 20 years of experience in manufacturing and designing portable products to address different HVAC and indoor air quality challenges...

Covid-19 Response / Workplace Screening Portal To assist in addressing worker safety due to the current pandemic, DRYAIR Manufacturing Corp. was...

To All Our Valued Industry Partners & Colleagues, During these uncertain times, DRYAIR Manufacturing Corp. would like to wish you, your... 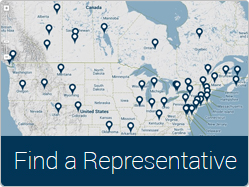